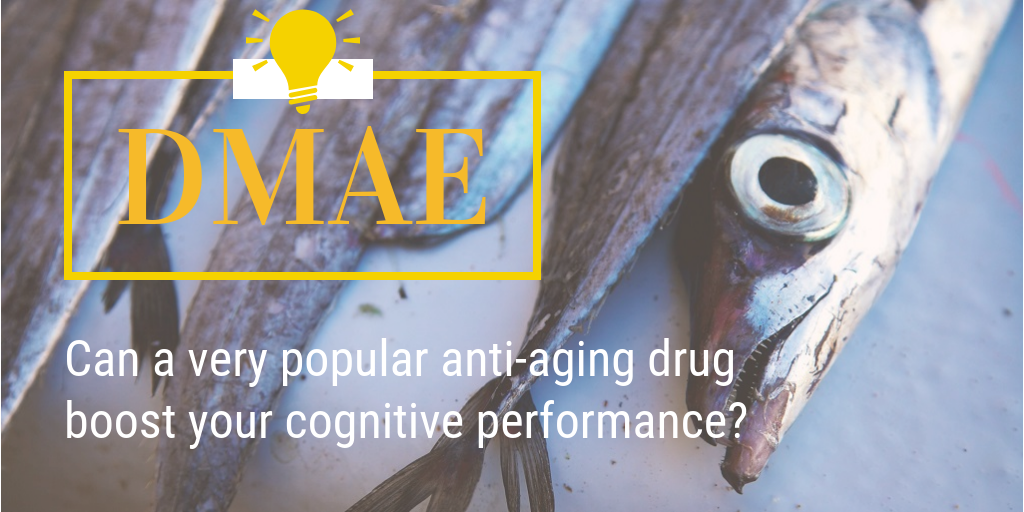 An eccentric American physicist and biochemist, Carl Curt Pfeiffer, published during the 60’s many research papers on the DMAE. After a series of tests performed on human volunteers, Pfeiffer concluded that DMAE effects on human behavior are similar to those of choline and amphetamine- it acts as a central nervous system stimulator.

Natural sources of DMAE are anchovy and sardines.

Today, it’s in wide use in anti-aging medicine- often referred to as free radical scavenger.

Before jumping in into the theoretical mechanism of action and research studies, let’s stop for a second and say a few more exciting details of Pfeiffer’s life that will make the whole story of DMAE a lot more interesting. In the late 70’s top secret research data about LSD effects on human behavior (illegally) carried out by CIA back in 50’s and 60’s leaked to the public. The program code-name was MKUltra- also known as the CIA mind control program. Pfeiffer was one of the researchers involved in the project.

Apparently, DMAE shows a neuroprotective effect by reducing oxidative stress and reducing the production of metabolic waste that has a tendency to build up throughout the brain over time, causing cognitive and neurological impairment. Also, the manufacturers claim it increases the amount of acetylcholine in the brain.

Acetylcholine has many functions in central and peripheral nerve system. It’s a neurotransmitter that can be found in all synaptic clefts throughout the body. However, manufacturers of the DMAE claim supplement causes just a slight increase of the neurotransmitter- enough to cause cognitive improvement, but not so much to cause adverse effects such as muscle twitches, cramps, arrhythmia and other toxic cholinergic effects.

Manufacturers recommend the daily dose of 300-2,000 mg of DMAE. Apparently, different people react differently to the supplement, so each user should find the optimal dose.

Since the supplement can cross the blood-brain barrier only in small amounts at a time, manufacturers often recommend splitting the daily dose into a few smaller ones and taking the supplement in equal time intervals.

If taken at the recommended dose, the supplement is safe. Also, since the range of safe doses is quite broad, accidental overdosing is almost impossible. However, taking too much supplement may cause side effects that include gastrointestinal problems such as upset stomach, drowsiness, increased blood pressure, irritability, confusion, and strange body odor.

The use of the supplement is not recommended during pregnancy and breastfeeding period.

The supplement may interact with some drugs used for the treatment of psychiatric conditions or cause worsening of the symptoms in those patients.

The cited research is not the only one. There are many more research studies, and all of them are conclusive in one thing- there is no evidence the supplement improves cognitive function.