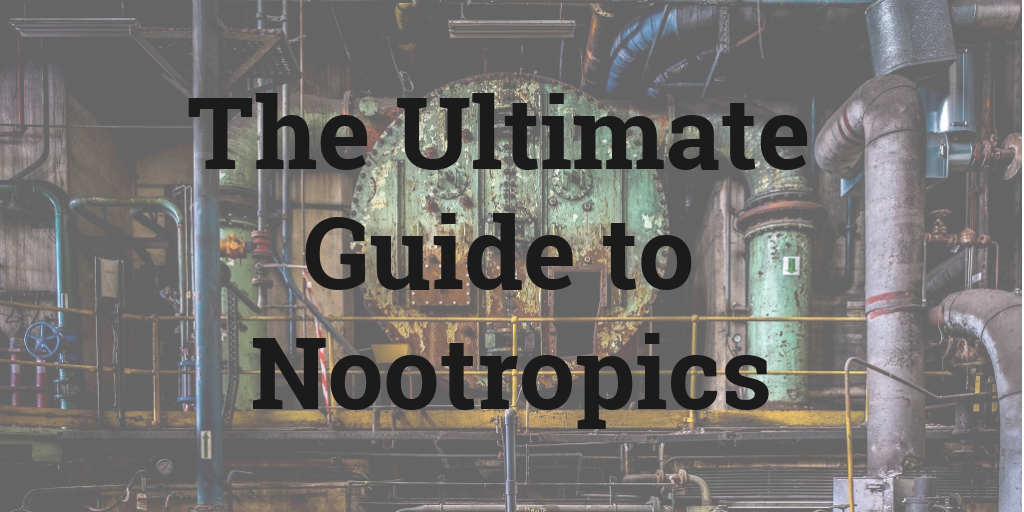 The first use of a word nootropic dates back to 1972, and it has roots in the Greek language. In literate translation nootropic means “the one which bends the mind.” However, the thought of “bending” the mind and making it more powerful is as old as humankind. The concept of “mind control” and “brain hack” became quite popular during the cold war, and most of the modern nootropic agents were, tested for the first time in secret Soviet and American laboratories. Unfortunately, the high expectations of the Russian and American governments were not met- instead of miraculous drugs that can turn an average person to an ingenious scientist or a perfect soldier all we got are mild (at best) stimulators of cognitive performance.

Cognitive performance encompasses attention, the formation of new memories, recall of the already established memory, judgment, evaluation, long- and short-term memory, reasoning, problem-solving, decision making, language skills, and comprehension. Nootropic agents may enhance some or all of the abovementioned aspects of cognitive performance.

The claims the manufacturers about supplements efficacy are often way more optimistic than the results of research studies.

The mechanism of action for most substances has not been described in details yet. Typically, manufacturers describe a complex interaction between the supplement, neurotransmitters, and receptors in the synaptic cleft which results in “mind boost.” Most of those substances have been studied through the animal and clinical research, they do affect the activity of neurons, and in a lot of cases, such action has been proved in areas of the brain responsible for cognitive performance. However, the studies showed us the measurable improvement only for a few substances (out of dozens available on the market!). The reasons for limited results are many.

In some cases the effect last for just a few minutes, in others the supplement doesn’t pass the blood-brain barrier, and quite often the bioavailability is too low (the amount of active ingredient that reaches the target point) to ensure improved performance. Sometimes, the supplement doesn’t work. Quite often, manufacturers cite the clinical research that shows improvements caused by a supplement in dementia patients, ignoring the fact that improving cognitive dysfunction (caused by a disease) and cognitive function (“healthy” function) are two very, very different things.

Although manufacturers recommend daily intake for each of their supplements, the dose range is so wide; the recommendations are not very handy. For example, the recommended dose is usually 100 to 1000 mg/day or something in this manner. Finding a treatment to start with is left to users. The effective dose depends on many factors such as age, body weight, “enzyme profile,” overall health, whether or not the user already takes some other supplements, is he/she prone to the side and adverse effects, etc.

To stay on the safe side, you should always start with the lowest recommended dose and then slowly increase it over time.

All nootropic supplements are considered to be safe, but there are some side and adverse effects of their use. Before taking them, read about those effects so you could timely recognize them. Generally speaking, people who already suffer some of the supplement’s side or adverse effects should avoid using them (for example if a supplement can cause arrhythmia and you already have a problem with heart rhythm, avoid using that particular product).

Some supplements may interfere with other drugs, by lowering or augmenting their effects, so people who already use medications regularly should consult a health professional before reaching for nootropic supplements.

Using nootropic supplements during pregnancy and the breastfeeding period is not recommended.

Using nootropic supplements should be halted at least two weeks before any surgery.

The growing community of nootropic supplements users advocates not only supplement intake but a particular lifestyle as well. In general, the “nootropic” lifestyle does not differ too much from general recommendations you would get from a personal trainer or a health professional.

Enough sleep and an adequate sleeping pattern is the most important premise of brain health. One should sleep for 8-9 hours a day, and fall asleep at least 30 minutes before midnight. Certain hormones have a so-called circadian rhythm of secretion (in the context of brain health, growth hormone is the most important one). This means the hormones are released into the bloodstream only at a particular time during the day (the level of abovementioned growth hormone peaks between midnight and 1 am). Their effects on cognitive performance will take place only if a person sleeps at the time they peak.

Regular, recreational workouts are another significant factor for brain health. To prevent many cardiovascular diseases and preserve brain circulation, regular (3-4 times a week) aerobic training is highly advisable. Each session should last 40-50 minutes. The tempo of the activity can be adjusted to anybody’s level of physical activity, age, and overall health.

Adequate hydration. Sufficient water intake is another pillar of brain health. It’s hard to get rid of all metabolic waste if the organism is poorly hydrated. Also, the amount of water in the body affects circulation, blood and oxygen supply as well as detoxification processes. The recommendations vary, form 8 glasses of water a day to 2+ liters. The recommended intake depends of many factors, for example, during summer, people lose a lot of water through evaporation so, to compensate for that, they need to drink more. Urine color is considered as a good indicator of hydration level- darker shades of yellow indicate you need more water!

Nootropic dependence and how to cycle them

Nootropics cause tolerance. It means that, once you start using them, you can feel the effects, but after some time, the brain accommodates to the new “chemical setting” (tolerance). Once this happens, the cognitive boost effect diminishes, and you need the supplement to avoid feeling drowsy and moody (rather than to feel super smart). Sounds like an addiction? Well, you can say so, but it’s not even near as devastating as drug addiction- once you quit using the supplement that caused dependence, brain chemistry “resets” back to the old settings quickly.

Nootropic dependence and becoming “immune” to their effects can be avoided by applying a few simple principles.

Tolerance to nootropic drugs that act as central nervous system stimulants establishes relatively quickly. For example, it takes roughly two weeks to become “immune” to caffeine. Others may take a bit more- one, two or three months of use. There are no general rules, but manufacturers point out cycling schedules for their supplement (for example, three months on, and one month off). While “taking a rest” of one supplement, users usually consume another one.

Since most of the nootropic drugs act in a dose-dependent manner, users are tempted to take them in large quantities. This is wrong! Taking a minimum dose only at times of need is highly advised. That way, the process of tolerance will take a lot longer to develop.

Some supplements need a few minutes to kick in, and their effect lasts for hours, while others need a bit more time to enhance cognition and their effects last for at most an hour. So, just like we said in the paragraph above- know your supplement and use it wisely. For example, caffeine takes approx. 30 minutes to kick in and its effects last for a few hours. If you want to be very sharp at a corporate meeting or during the exam, take the supplement 30-40 minutes earlier. If the meeting starts at 2 pm, there is no use of takng the supplement as soon as you wake up- by the time you need its effects they will diminish.

They are considered to be safe. However, it’s highly advisable to stick to the recommended dose and start slowly introducing them to your brain by taking low doses in the beginning.

It all depends on which supplements you want to combine. Some combinations can increase the risk of adverse and side effects, while others won’t cause any problems. Before mixing them, ask your doctor for advice.

If something like this happens, stop taking all the supplements. Having in mind their half-life in the blood is usually up to a few hours, the body will remove them quite quickly, and the side effects will fade away. It’s highly advisable to contact your doctor and ask for instructions.

You shouldn’t take nootropics if you are pregnant or breastfeeding your baby. Active ingredients can pass into the mild or baby’s bloodstream (pregnancy) and cause health problems.

It all depends which medications are you taking already. Before starting any nootropic supplement, ask your doctor for advice. Generally speaking, taking nootropics along with drugs that affect blood pressure, heart rhythm, and psychiatric drugs is not advisable.