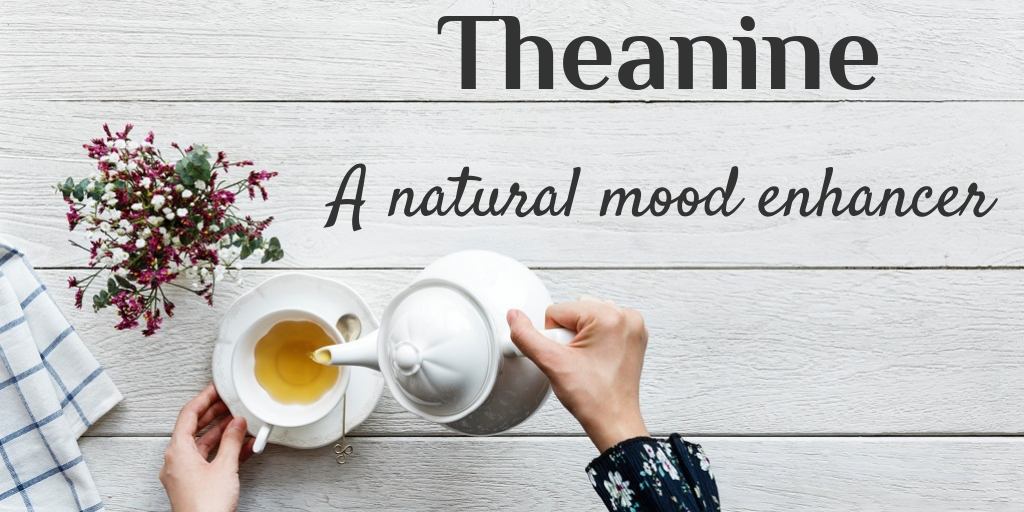 Since it was isolated for the first time, almost 70 years ago in Japan, theanine is in the focus of scientific research due to a plethora of apparent positive effects it has on the mood and behavior. High quantities of theanine can be found in black and green tea, although not as near as high as those in commercially available supplements. According to recent research, theanine shows the same positive effects on cognitive performance as caffeine with a similar mechanism of action [1]. That’s why the combination of those two has become a popular formulation for supplement manufacturers around the world. Also, it counteracts some excitatory effects of caffeine (sleep disturbance, for example) and this is another reason why the combination is so popular- simply, it takes all the bad stuff from caffeine while enhancing all the sound effects.

The mechanism of action includes very complex (and somewhat paradox) effects on neurotransmitter concentrations throughout the brain. For example, while theanine reduces the global concertation of serotonin in the brain, it increases it in specific areas such as the hippocampus and the hypothalamus. Other than this, it inhibits the glutamate re-uptake, increases the amount of GABA in the brain, and increases dopamine concentrations in some regions of the brain (striatum). Except those, the growing body of evidence suggests it has neuroprotective effects.

A group of researchers from a National Institute of Neuroscience in Tokyo examined whether or not theanine improves the symptoms of the major depressive disorder. They concluded that the 8-week administration of theanine has no safety risks for health and that it improved symptoms of depression, anxiety, cognitive impairment and sleep disturbance in test subjects.

Theanine, taken orally, reduces the heart rate and salivary immunoglobulin A- two of the most prominent responses to a stress situation. In the background of these effects is the attenuation of the sympathetic reaction at the level of cortical neurons. In simple words, theanine mildens the effects of stress by changing the brains response to it.

According to a recent research study, theanine exerts anxiolytic effects by enhancing the hippocampal activity of the brain. The effect is probably achieved by changes of glutamate and methionine levels in the brain.

The recommended dose is 100mg taken orally, once a day. A popular dosage of caffeine and theanine combination varies between 30 and 100 mg of each compound- different manufacturers produce formulations.

The supplement is considered to be safe. The side effects include upset stomach, irritability, and nausea. These might happen in cases of excessive consumption. Keep in mind that coffee and tea contain the active ingredients that might cause the side effects even if taken in moderate amounts along with the higher doses of supplement. Taking the supplement during pregnancy and breastfeeding is not recommended.

It seems that supplement may interfere with cancer treatments, so taking it should be avoided during the chemo or cytostatic therapy.