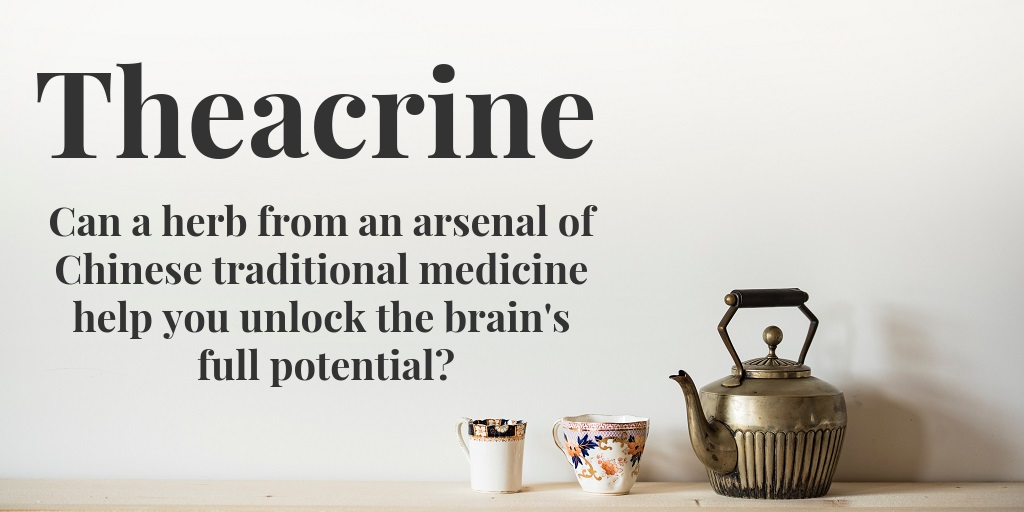 Theacrine is an alkaloid found in plants such as Chinese tea. It has been around for a long time- for centuries Chinese use it in traditional medicine to treat various diseases. By its chemical structure it’s similar to caffeine- actually, caffeine is one of the molecules in the cascade of synthesis of theacrine in plants. The substance shows a potent anti-inflammatory and analgesic activity. It’s used as a sports supplement as well. Just like caffeine- manufacturers say it boosts strength and speeds up metabolism.

Some say its stimulatory potential in the central nervous system is roughly 2/3 of the stimulation caused by caffeine intake. Unlike caffeine, theacrine does not induce tolerance.

Interestingly, taken in low doses (such as those found in a tea), it causes mild sedation. At higher doses, it acts as a central nervous system stimulant.

Theacrine acts similar to caffeine- it inhibits the effects of adenosine. Adenosine is one of the most common signaling molecules in the human body with various regulatory effects. In the brain, it “silence down” neurons. Theacrine, after binding for the adenosine receptors in the brain, blocks the “silence effects”- the action which indirectly causes central nervous system stimulation. In pharmacology, this mechanism of action is known as “competitive inhibition”.

The recommended dose varies between different manufacturers, but it goes from 50-300 mg/day. According to manufacturers, it all depends on the user’s age, overall health, individual response to the supplement and possible use of other supplements.

Side effects are similar to those of caffeine. In excessive doses, the supplement might cause symptoms of excessive central nervous system stimulation such as insomnia, anxiety, euphoric behavior, restlessness, etc. Since (just like caffeine) the theacrine affects not only the brain but the rest of the body as well (at high doses), it might cause arrhythmia, increased blood pressure, and fatigue.

People who suffer some of the abovementioned conditions, should avoid using the supplement, since it may trigger worsening of symptoms.

The theacrine effects on cognitive performance have not been proved through scientific research. Out of a few dozens of studies, only one demonstrated very slight improvement; all others failed to show its benefits to cognition.

On the other hand, some users report improvements that fit into the manufacturer’s description of expected effects. So far, it seems that these effects are purely subjective, but the further research is needed to determine whether or not these effects are real and measurable.

Having in mind relatively tight “safe dose interval,” a potential for unpleasant adverse effects and the lack of scientific evidence about its efficacy using theacrine as a mental booster does not make much sense.