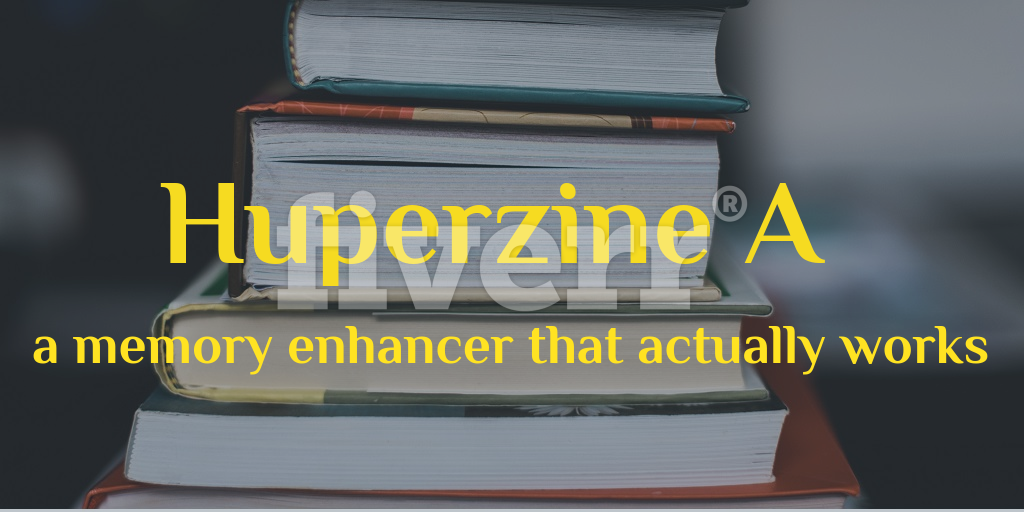 Huperzine A is a chemical compound found in some plants (all Huperzia species contain it, but the particularly rich source is Huperzia Serrata). The plant itself has been used for centuries in Chinese traditional medicine. They used it to treat different health conditions such as swelling, rheumatism, schizophrenia, fever, myasthenia gravis, bruises, etc. The growing body of scientific evidence suggests it’s a very potent agent that can effectively attenuate or reverse cognitive deficiencies. For more than 20 years, it has been in focus of the research as a cure for Alzheimer’s disease.

Regarding biochemistry and physiology, Huperzine A is a reversible acetylcholinesterase inhibitor and a potent NMDA receptor antagonist that passes the blood-brain barrier. What is a blood-brain barrier?- You may ask. Blood vessels of the brain have a special lining around them that allow the passage of only specific molecules from a blood-stream into the brain tissue. It is a defensive mechanism- if everything could reach our central nervous system easily, even an ordinary cold would be a threat to life and humans (and many, many animals) wouldn’t survive as a species. The fact that Huperzine A passes the blood-brain barrier gives it an ability to influence the brain nerve cells in a certain way.

The exact Huperzine A mechanism of action is yet to be described in details. What we know so far is it has a two different “sets of action”: acetylcholinesterase inhibition (cognitive improvement) and “non-cholinergic” effects (responsible for neuroprotection, ameliorating mitochondrial dysfunction in Alzheimer’s disease, regulating expression of specific signal molecules in the brain, etc.) [1].

A double-blinded pair matched research study that included junior middle school students in China showed a significant improvement of Memory Quotient (to put it in simple words- “a measure of memory quality”) and increased learning performance after taking Huperzine A supplement for four weeks.  Students also had a better performance in accumulation, recognition, reproduction, association, and tactual memory compared to their friends who took the placebo[2].

Recommended daily dose is 50- 200 mcg. The supplement comes in capsules. The recommended daily dosage apply if you don’t take other nootropic supplements. Some commercially available formulations contain a mixture of different nootropics, including Huperzine A (in a smaller amount than recommended daily intake). In case you already use some of these mixtures or use other similar supplements, do not take Huperzine A (the higher the dose, the better the effect does not apply- it could cause adverse reactions). Due to its long half-life (24+ hours), it should be taken every other day or 3-4 times a week.

If taken in large quantities, the supplement may cause diarrhea, insomnia, restlessness, anxiety, dizziness, constipation, dry mouth, nausea, vomiting and rarely, arrhythmia. In case you notice some of these symptoms, you should seek a doctor’s advice.

Using during pregnancy and lactation is not advised!